A lifetime of going toe-to-toe with bigger boys stands Phil Foden in perfect stead for the biggest game in European club football on Saturday. Foden, who turned 21 on Friday, has enjoyed a superb season for Premier League champions Manchester City, progressing from undoubted talent and potential to be one of the first names on Pep Guardiola’s team sheet.

The attacking midfielder’s rise has delighted Steve Eyre, a former youth coach at City who oversaw some of Foden’s earliest steps on the road to stardom.

“It’s amazing, really. He just keeps evolving and getting better. As a supporter, first and foremost, I am mesmerised by some of his performances and capabilities,” Eyre told Stats Perform ahead of the Champions League final between City and Chelsea at Estadio do Dragao this weekend.

Foden joined City as an eight-year-old and Eyre said: “He’s got such a hunger and such a desire to affect the scoreline in a variety of positions now that I don’t think the lad himself knows what his best position is.”

Nedum Onuoha was a product of the youth set-up, overseen by Jim Cassell – viewed by Eyre as “the best academy manager of his generation” – that serviced City’s first team after the turn of the century, producing the likes of Shaun Wright-Phillips, Micah Richards, Daniel Sturridge and Kieran Trippier.

Nevertheless, despite that esteemed list of internationals, ex-City defender Onuoha believes Foden’s gifts put him on another level. 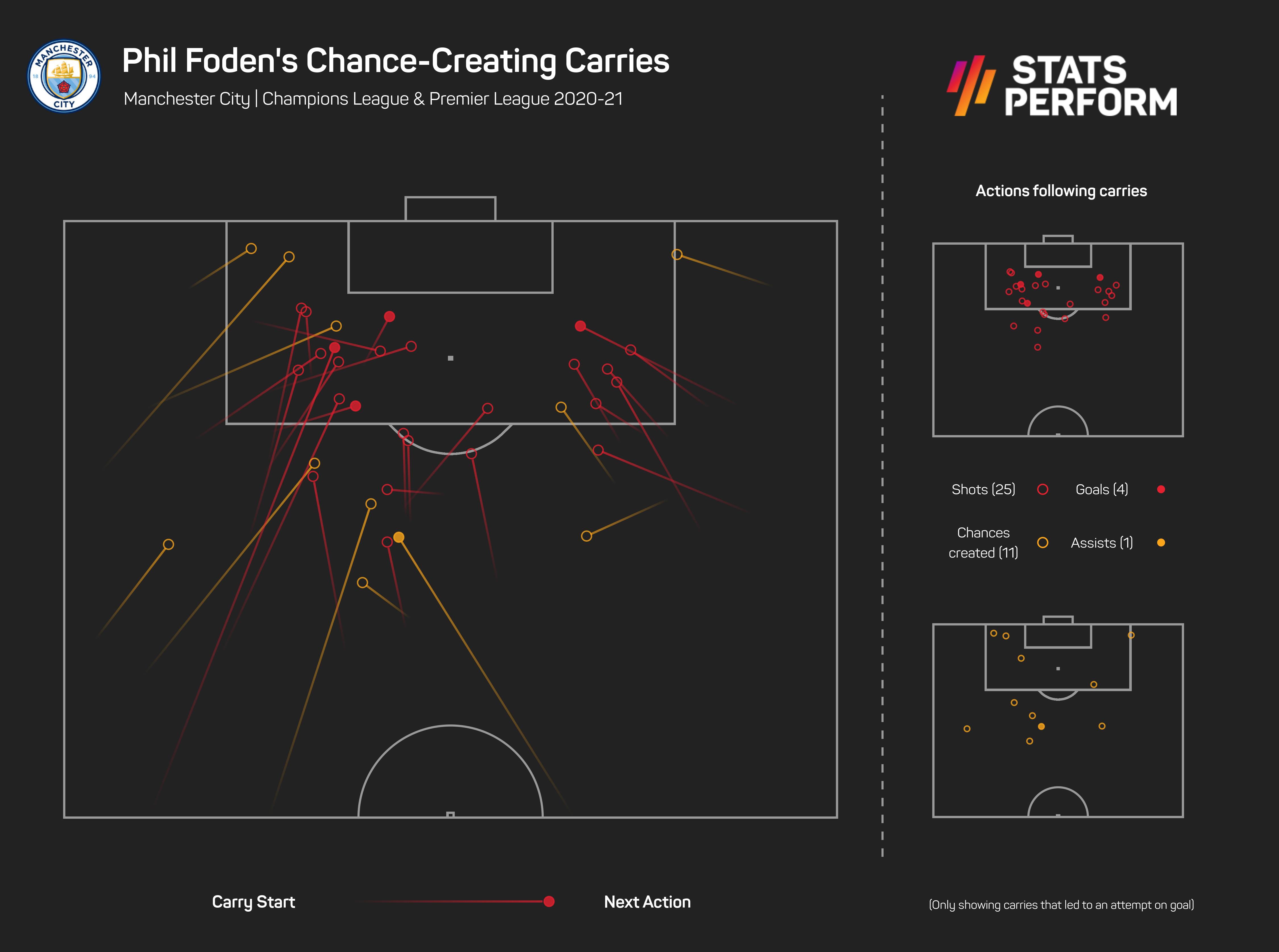 “I wouldn’t necessarily say there are going to be a ton of people like Foden to come after him, because for me – not to downplay the people that came before – he’s the best player I’ve ever seen come out of our academy,” Onuoha told Stats Perform.

“That academy has seen players come through who’ve won Premier Leagues, not just at City, like Kasper Schmeichel. You’ve had players come through and play for England. But in terms of actual talent and ability, the fact Phil can fit into this City team like he has done over the past couple of years, says a lot about how good he actually is.

“From hearing little things, from players and people who spend time with him, he’s got this obsession with winning and an obsession with getting better. And a true love for the football club.”

Foden’s capacity to excel was spotted quickly by Cassell’s team and Eyre had a conversation with the player’s father, asking if he could train for an extra night a week to mix it with the older age groups.

“He said ‘no problem’, he agreed,” the coach recalled, before explaining the rationale.

“It’s very important that you don’t divorce a boy from his childhood. It’s important that he plays with lads his own age and mixes and socialises with them. The challenge for Phil – we think it suited him; it doesn’t necessarily suit others – was to design a mixed age-group programme for him.

“Very quickly he had to find a way to make space and find space to avoid contact with the big boys. When everything became a bit more familiar, they wanted to get stuck into him a little bit and make sure he didn’t have everything his own way. What he had to do than was the opposite and learn how to make contact.

“What you see now, with his incredible balance, is he’s absolutely amazing at avoiding contact.

“When he takes contact these days, he either wins the physical battle with upper-body strength or if he’s thrown to the floor he’s very, very durable and he just pulls his socks back up, looks at the referee for a little bit of support, gets on his feet and gets playing again.” 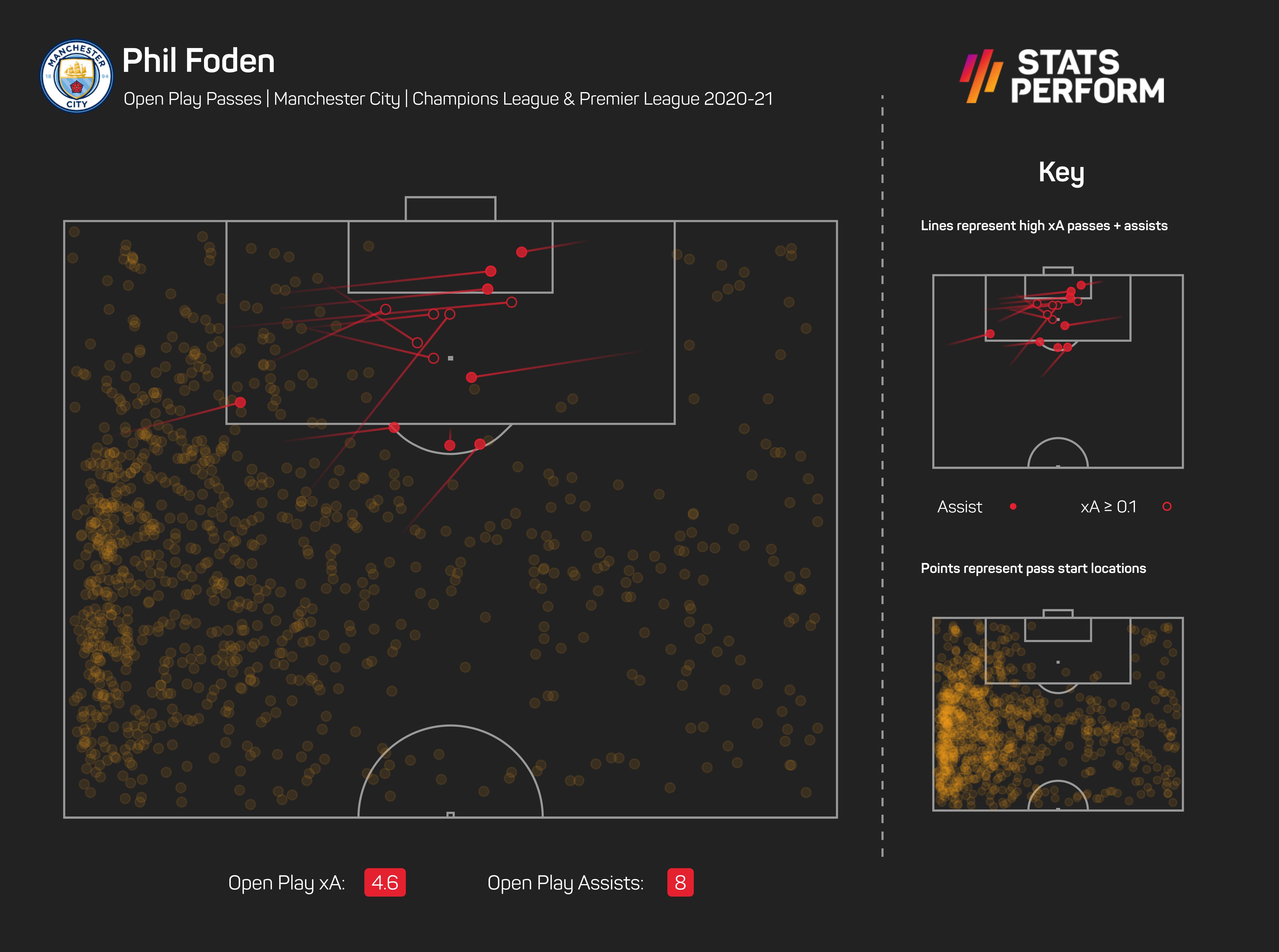 Even if emulating Foden will prove beyond most of the hopefuls who tread the pitches at the City Football Academy, Onuoha believes his progress to becoming a first-team star for Pep Guardiola and England boss Gareth Southgate provides a shining light for City’s next generation.

“It does matter because it justifies the academy, it justifies why your kid comes into the place,” Onuoha said. “If you don’t have somebody in the first team who’s come through the ranks, you start to ask bigger questions about what’s the point.

“But ultimately, City do invest in their academy. It doesn’t guarantee that everybody will play for the first team, but it shows that you can. Seeing an academy face, especially a Mancunian one for fans, that really, really matters and it makes you feel excited. It shows that pathway is still there.”

Onuoha added: “When Phil was growing up, there were people in City’s first team who he was looking up to, like a David Silva. Who’s to say that the next Phil Foden-level talent isn’t looking at him now? They’re 10 years old, thinking, ‘I want to be like Phil Foden’.”

WATCH: Fans come up with new chant for Virat Kohli on Queen’s famous song ‘We will rock you’